Back in 1969, the first coastal pool (Fair Plan) was created following Hurricane Camille. The idea was to provide insurance coverage for areas that were particularly vulnerable to windstorm losses.  It allowed insurance companies to write a policy “ex-wind” and have the pool write a “wind only” or a “wind/hail” policy for designated coastal areas. 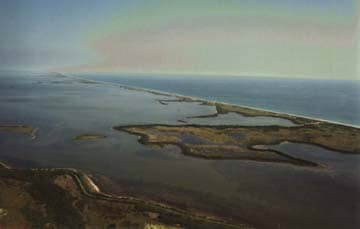 Fair Plan’s coverage in coastal areas has ballooned as insurance companies pulled out from the wake of the September 11th terrorist attacks as well as Hurricane Katrina in 2005. Fair Plan’s rates have  increased almost 25 percent for Cape Cod and the islands and it’s because of what the company says is a higher risk of damage from hurricanes. In Fair Plan’s defense, their role was not to serve as a primary insurer for these communities, but because of the lack of insurers available, they ended up being just that.

There are consumer groups that have argued for years that even though Cape Cod and Boston’s South Shore are coastal communities, they are not at a great risk to storm damage. Nonetheless, these towns have suffered from the rate hikes and the increased caution by insurers after the hurricanes that hit the Gulf Coast.

The good news now for coastal communities is that insurance agents, including Donald J. Medeiros Insurance Agency, are obtaining more companies that are offering to provide coverage to homeowners who have, by default, ended up in the Fair Plan but are relatively low risks and could be eligible for private insurance. Those qualifying homeowners may see prices 10 to 40 percent below the average Fair  Plan premium. These insurers are effectively doing business based on the same argument of risk and will rate each house individually to determine whether they are willing to cover the house rather than issue a blanket decree about denying coverage based on the geographical area. There are detailed measures that are used such as how far the structure is located from the shore, how high it sits above sea level, how well it’s constructed and whether it has year-round or summer-only residents. The insurers, as well as the agents, are hopeful to relieve the financial pressures from Fair Plan and therefore result in lower premiums for the coastal community homeowners.

Here at Donald J. Medeiros Insurance Agency our goal is to try to help our viewers by suggesting solutions for all insurance needs. By no means can we address each reader’s specific concerns in every incident. So, we strongly advise to check with an insurance representative to address your specific needs. However, you can also contact us for any questions or concerns and we will be happy to help you. We can offer coverage for both Massachusetts and Rhode Island communities.

Come visit us at www.donmedeirosinsurance.com or give us a call at 508-678-1271. We look forward to hearing from you! If you have a Facebook account, fan us at http://www.facebook.com/donmedeiros. 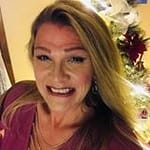